While exploiting the power of the computer systems, the curiosity of human, lead him to wonder, “Can a machine think and behave like humans do?”

Thus, the development of AI started with the intention of creating similar intelligence in machines that we find and regard high in humans.

To Implement Human Intelligence in Machines − Creating systems that understand, think, learn, and behave like humans. 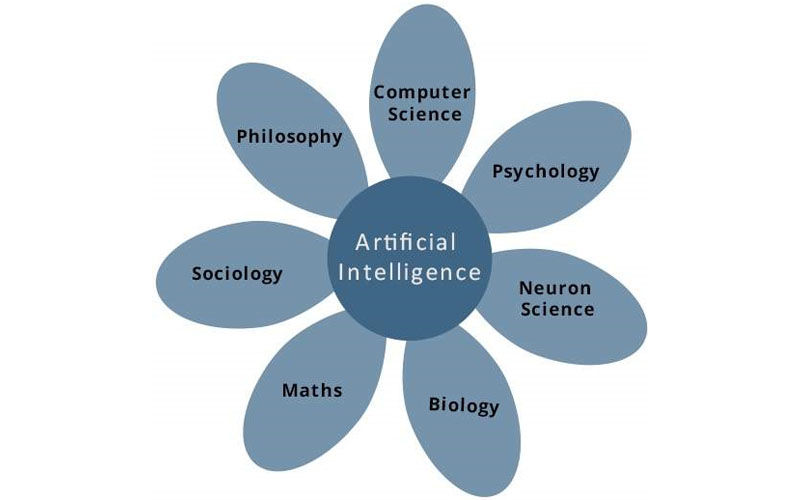 What Contributes to AI?

Artificial intelligence is a science and technology based on disciplines such as Computer Science, Biology, Psychology, Linguistics, Mathematics, and Engineering. A major thrust of AI is in the development of computer functions associated with human intelligence, such as reasoning, learning, and problem solving.

Out of the following areas, one or multiple areas can contribute to build an intelligent system.

What Contributes to AI?

AI has been dominant in various fields such as −

Gaming − AI plays crucial role in strategic games such as chess, poker, tic-tac-toe, etc., where machine can think of large number of possible positions based on heuristic knowledge.

Natural Language Processing − It is possible to interact with the computer that understands natural language spoken by humans.

Expert Systems − There are some applications which integrate machine, software, and special information to impart reasoning and advising. They provide explanation and advice to the users.

Vision Systems − These systems understand, interpret, and comprehend visual input on the computer. For example,

comprehending the language in terms of sentences and their meanings while a human talks to it. It can handle different accents, slang words, noise in the background, change in human’s noise due to cold, etc.

Handwriting Recognition − The handwriting recognition software reads the text written on paper by a pen or on screen by a stylus. It can recognize the shapes of the letters and convert it into editable text.

Intelligent Robots − Robots are able to perform the tasks given by a human. They have sensors to detect physical data from the real world such as light, heat, temperature, movement, sound, bump, and pressure. They have efficient processors, multiple sensors and huge memory, to exhibit intelligence. In addition, they are capable of learning from their mistakes and they can adapt to the new environment.